I left Cinnamon Pass after hiking some bicentennials in the area, intent on driving to the Henson Creek Trailhead that leads up to Hurricane Basin.  I put together a gpx file on CalTopo which had me taking Road 5 to 2, which is the road that goes over Engineer Pass.  However, I wasn’t going to take the pass, I was going to take another road that cut down to 21.  I was all excited about this until I drove to the cutoff.  At the cutoff all that was there was a sign that said no going off road.  Also, the road ended.  Hmmm.  OK, so there was no road here (or at least, not anymore) so I turned around and drove over Engineer Pass to the trailhead.

I have a stock Tundra, and it handled Engineer Pass just fine. I did see a couple in an OHV, a man in his 40s driving and his wife white as a ghost sitting next to him, clutching her purse as if it were a life vest.  She was scared beyond belief, he was having the time if his life…lol!   Luckily, since it was after 5pm there weren’t too many other drivers on the road, so I didn’t have to pass too many people.  In fact, I didn’t see another vehicle once I went over the pass.

That being said, I wouldn’t recommend driving over Engineer Pass to get to this trailhead:  Instead from Lake City take 20 to 21.

I found a nice dispersed campsite near an old cabin.

I walked around for a bit but honestly didn’t stay up long:  it had been a long day and I was beat.  I ate dinner on my tailgate and had a rather brave chipmunk and Canada Jay beg for food from me.  It looked like they’d been conditioned for this behavior.  Around 3am I heard what sounded like a wrapper being manipulated by a small rodent.  I figured it was the chipmunk from last night fooling around.  I thumped on the side of my truck a few times and it left, only to come back again a few minutes later.

I was finally on the trail at 5am.  From my campsite I walked down CO Rd 21

I crossed Hensen Creek and changed out of my sandals and into my hiking boots.  (I walked the area the night before and figured since it was a short distance to the creek I’d start off in my sandals and change after the creek to save time).

I followed the 4WD road for a very short distance and came to a fork in the road.  I went left first, thinking I was supposed to follow the creek, but I ended up coming to private property with ‘no trespassing’ signs.  In fact, I should have gone right and followed the road (this is counter-intuitive, but the road actually winds up the mountain).

After backtracking I followed the 4WD road for 2.75 miles, all the way to Hurricane Basin.

Note:  my truck could have made it all the way to the mine, but I would have run into trouble if I’d needed to pass someone. There are only 2 passing points on this road, one at the first switchback, and one just before leaving the trees (which also happens to be a campsite, pictured below).  If you choose to drive this road note other drivers coming up/down, and realize if they’re already on the road you need to let them drive the entire way before proceeding, as there’s no place to pass.

And followed the road all the way to the Golconda Mine.  This area is pretty cool, and if you have some extra time I’d suggest you check it out. The mine was refurbished in 2014 but already needs more work, as nature is insane, especially above treeline.  The doors open, and you can see some of the original items inside.  There’s a blacksmiths’ hut as well, and a lot of leftover ‘trash’ from over a hundred years ago. 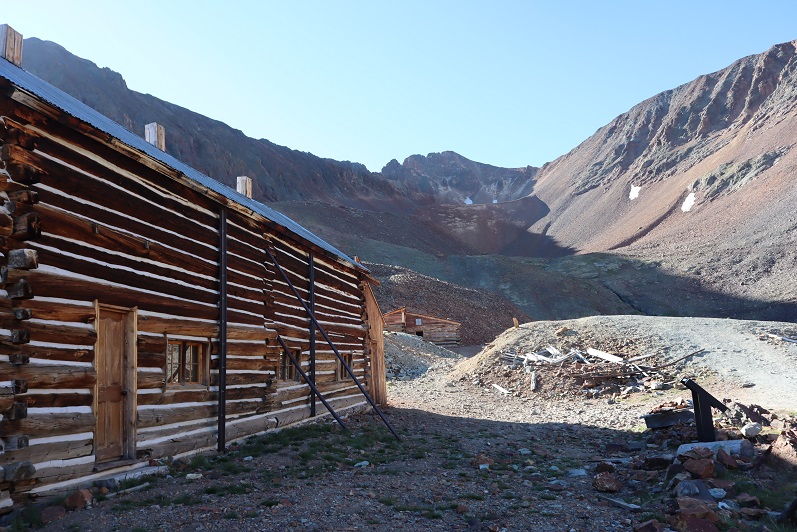 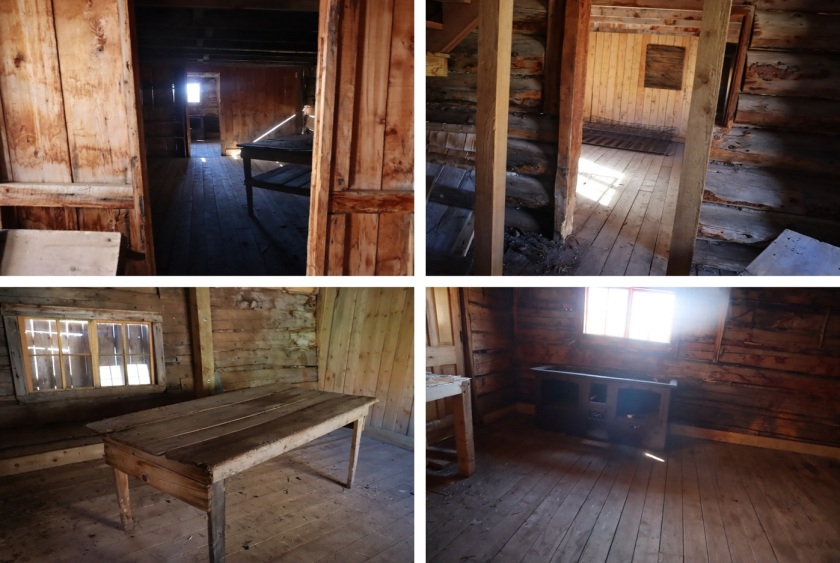 The trail to the summit starts behind the Golconda Boarding House.  Well, there’s no defined trail, but that’s the way to start your trek up the mountain.  Here’s an overview of the route:

The route starts out in mining rubble 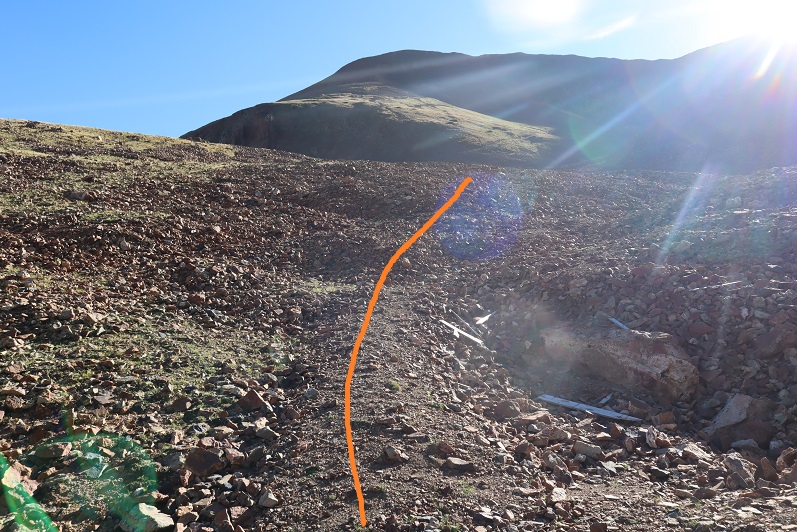 And then changes to tundra.  There’s a brief trail here you can pick up and follow for a bit before heading northwest up the mountain 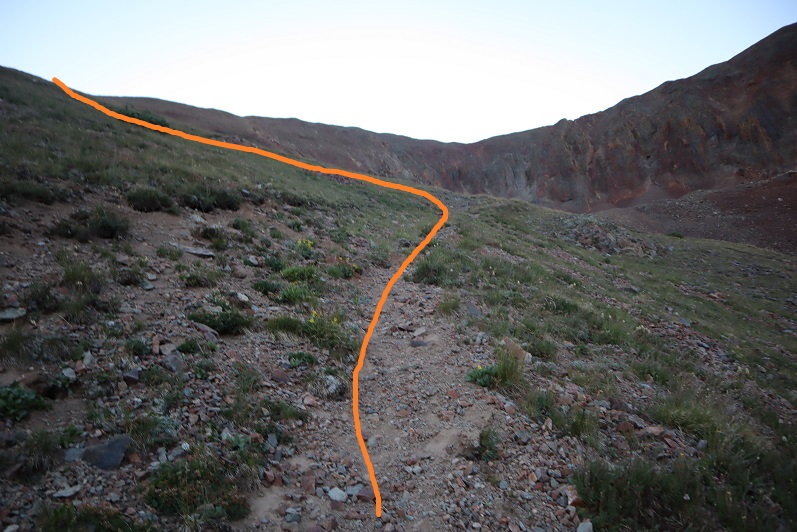 After the tundra came the rubble.  There were faint game trails that went up the rubble. On my way down I pushed in steps into the rubble and scree to make more of a defined trail. 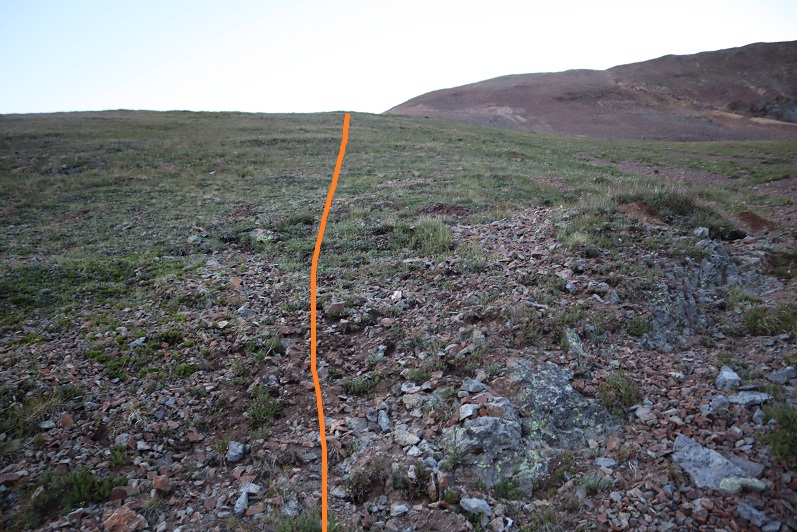 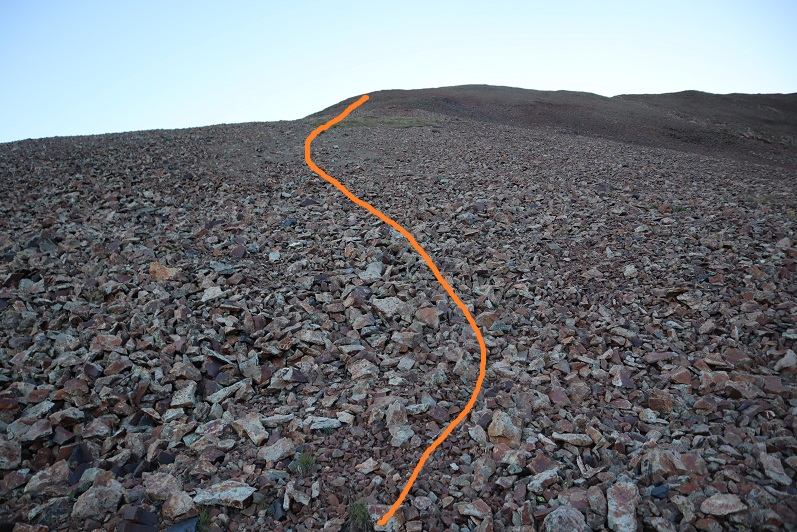 I summited unranked Gravel Mountain at 7:10am.

The route is obvious and easy class 2.  Here are some highlights: 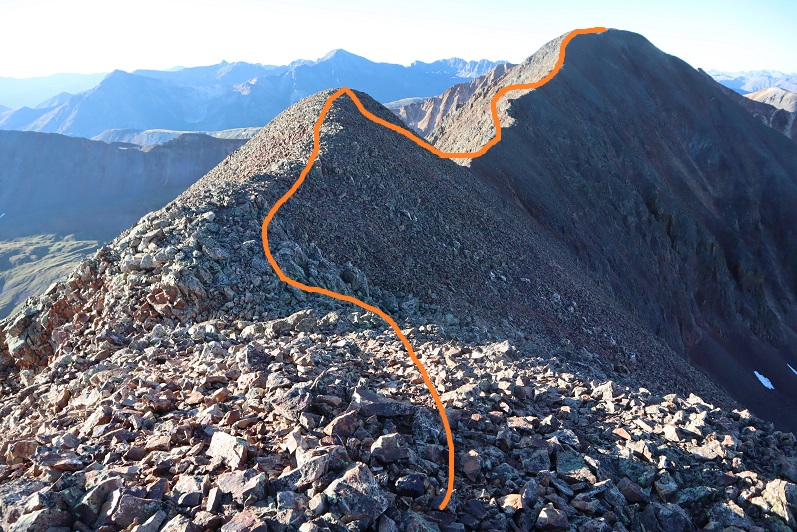 It’ll be obvious when you take the trail left

And a little right 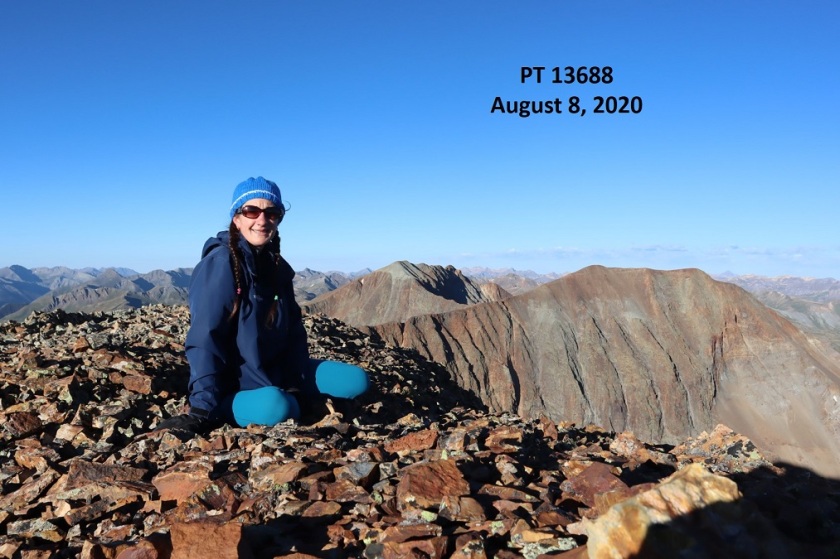 I had great views of the peaks I hiked yesterday

Time to head back 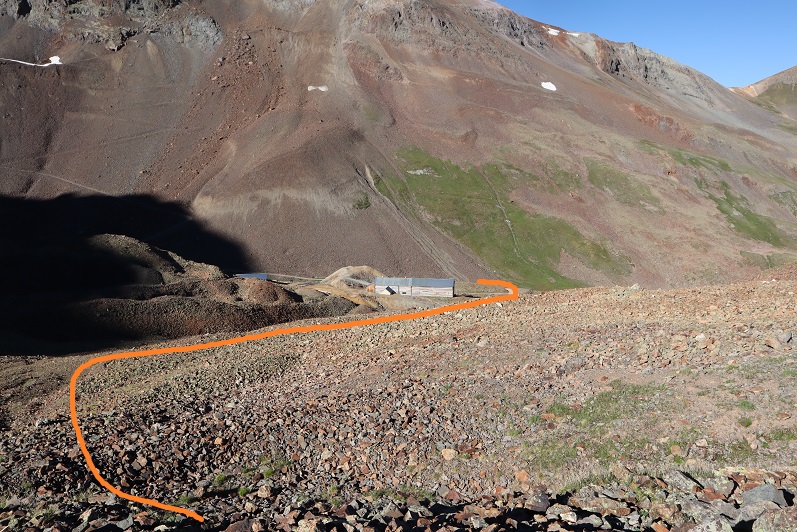 On the way down I was able to see the ‘road’ I’d intended on driving down to the trailhead.  It didn’t look like it’d been used in decades.  So, long story short, take 20 from Lake City, and not Engineer Pass (unless you have an OHV). 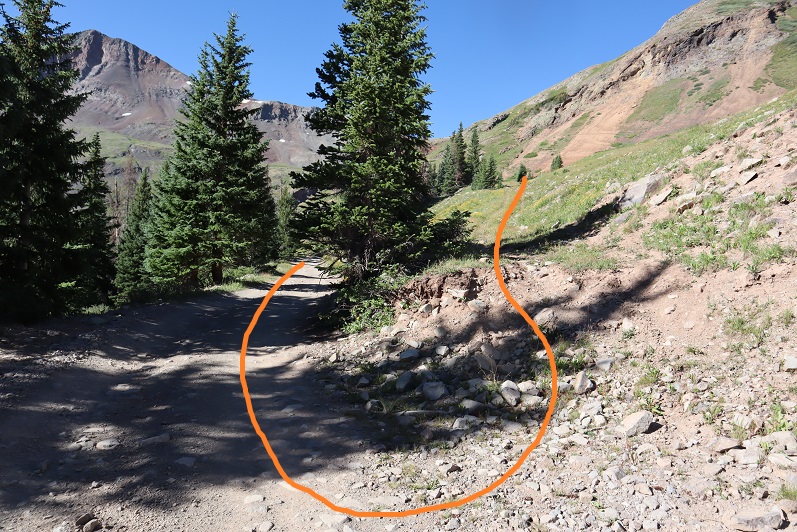 I got back to my truck, opened the back to shuffle things around, and found mice droppings lining the edge of my sleeping bag!  Ugh!  At that moment I realized 2 things:  1) it wasn’t the squirrel last night making noise, and 2) the moth balls don’t work.  Ugh.  So.  Not.  Cool.  A mouse had made its way into the bed of my truck and was looking around for food.  At least I didn’t have any food accessible.  I was a bit bummed though the hundreds of moth balls I had lining my truck hadn’t deterred a small mouse (and by the looks of the droppings it was a small mouse).

I had another day free to hike, but chose to drive home to spend it with my youngest instead (who was just accepted into her first college this week:  in less than a year she’ll be off to college, and I want to spend as much time with her as possible before she leaves).